Hall of Fame sportscaster Lesley Visser has covered just about every major sporting event, multiple times over. In a career that has spanned more than four decades, Visser also reported live on some of the biggest horse races in history. Incidentally, her personal introduction to the sport came the very same year as Secretariat’s epic Triple Crown triumph.

In a Q&A with America’s Best Racing, Visser tells us about her earliest memories of racing, her favorite behind-the-scenes stories from the track, and her lasting impressions of the sport. Visser also shares details on a business venture that has brought her back to horses and horse racing, and her involvement in sponsoring an on-site qualifier at Hialeah Park on Jan. 12 for the upcoming National Horseplayers Championship. 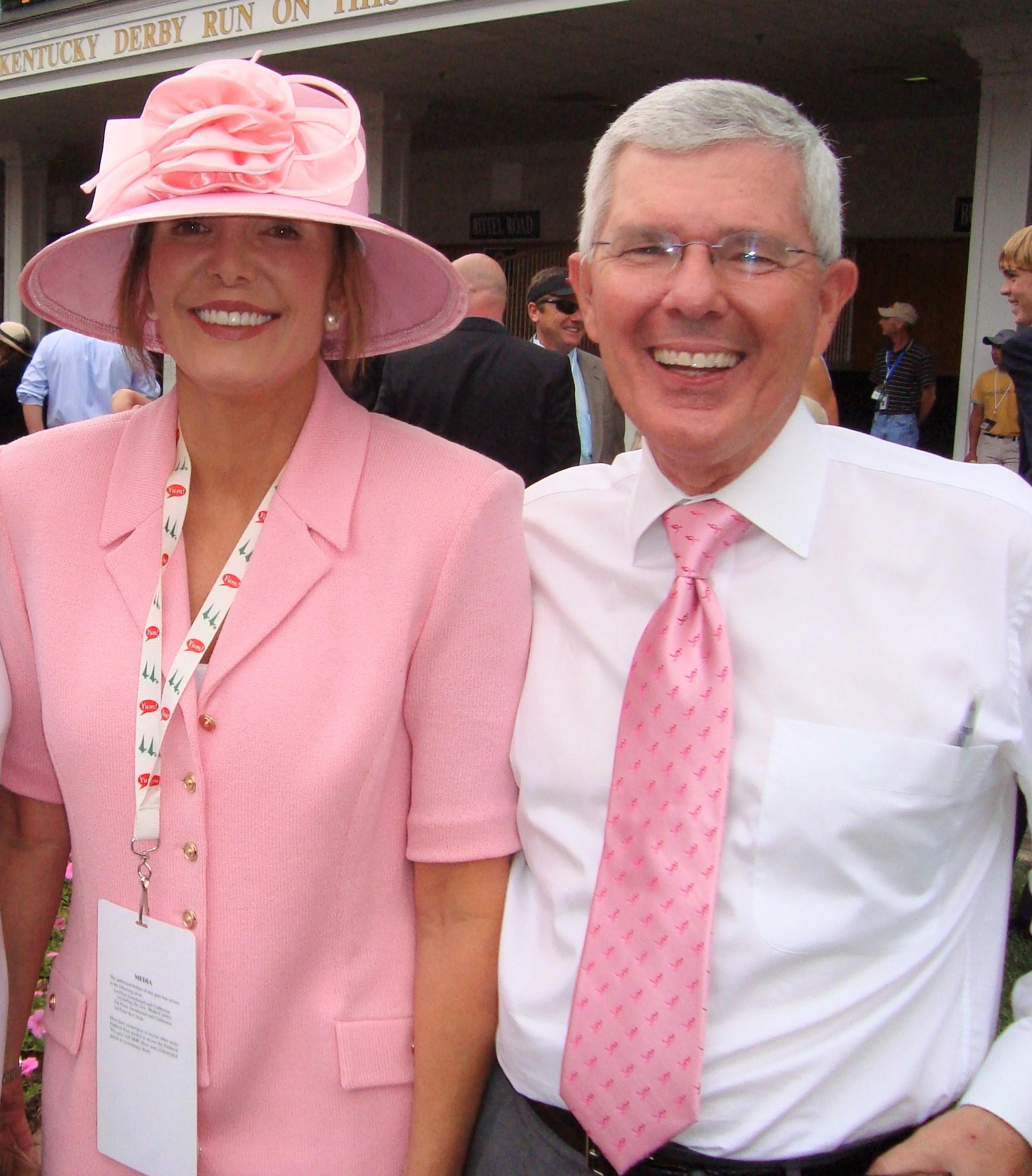 ABR: Lesley, your initial encounter with horse racing came a good while before your days as a regular on the Kentucky Derby broadcast. Tell us about how you came in contact with the sport.

Visser: The first time I saw a race was in 1973 when a group of us from Boston College went to Fort Lauderdale for spring break. Some of our friends were racing fans so we went to the Flamingo Stakes at Hialeah Park. It was just like the postcard with swaying palm trees, the majestic clubhouse and those beautiful birds. Our Native won the race. The only reason I remember him is because everyone watched Secretariat that year but I also had my eyes on Our Native.

I covered a couple of Kentucky Derbys for the Boston Globe. In 1985, I went to Darby Dan in Columbus, Ohio, to profile Mr. John Galbreath who owned the Derby favorite Proud Truth. In the afternoon, Mr. Galbreath showed me around the farm. At one point, he gestured toward a refined guest house and said, “That’s where the Queen of England stays; have you met the Queen?” Ah, no sir, I had not.

ABR: Of all the races and storylines you’ve covered, which ones stand out the most?

Visser: A great privilege and a heart-stopping chapter of my career was covering the Triple Crown for ABC in the 1990s. There were three straight Belmont Stakes with Triple Crowns on the line. Bob Baffert burst onto the scene in 1997 — he was playful and fun. That year, Silver Charm, with Gary Stevens aboard, won the Derby by a head over Captain Bodgit. In the Belmont, three horses pounded toward the finish line but Silver Charm was beaten by Touch Gold.

In 1998, Baffert was back, this time with Real Quiet. The horse, whom they nicknamed “The Fish” was owned by Mike Pegram. After winning the Derby and Preakness, the 130th Belmont ended with Tom Durkin’s legendary call as the race was “too close to call.” The agonizing photo finish between Real Quiet and Victory Gallop finally showed that Victory Gallop had won the race by four inches. It seemed almost cruel to Baffert. But his 4-year-old daughter looked at him and said, “you still have me.”

The next year, D. Wayne Lukas won the Derby and Preakness with Charismatic, and said, “the Belmont is final bump in the road but that bump gets higher the closer you get.” Lemon Drop Kid won the grueling race and Charismatic pulled up lame. We watched as (jockey) Chris Antley tenderly held the colt’s fractured leg. I went directly to Wayne’s barn after the race. No one spoke and many cried. I did a report immediately after for Peter Jennings’ “World News Tonight.” I have so many memories in racing that are magnificent but that day hurt. 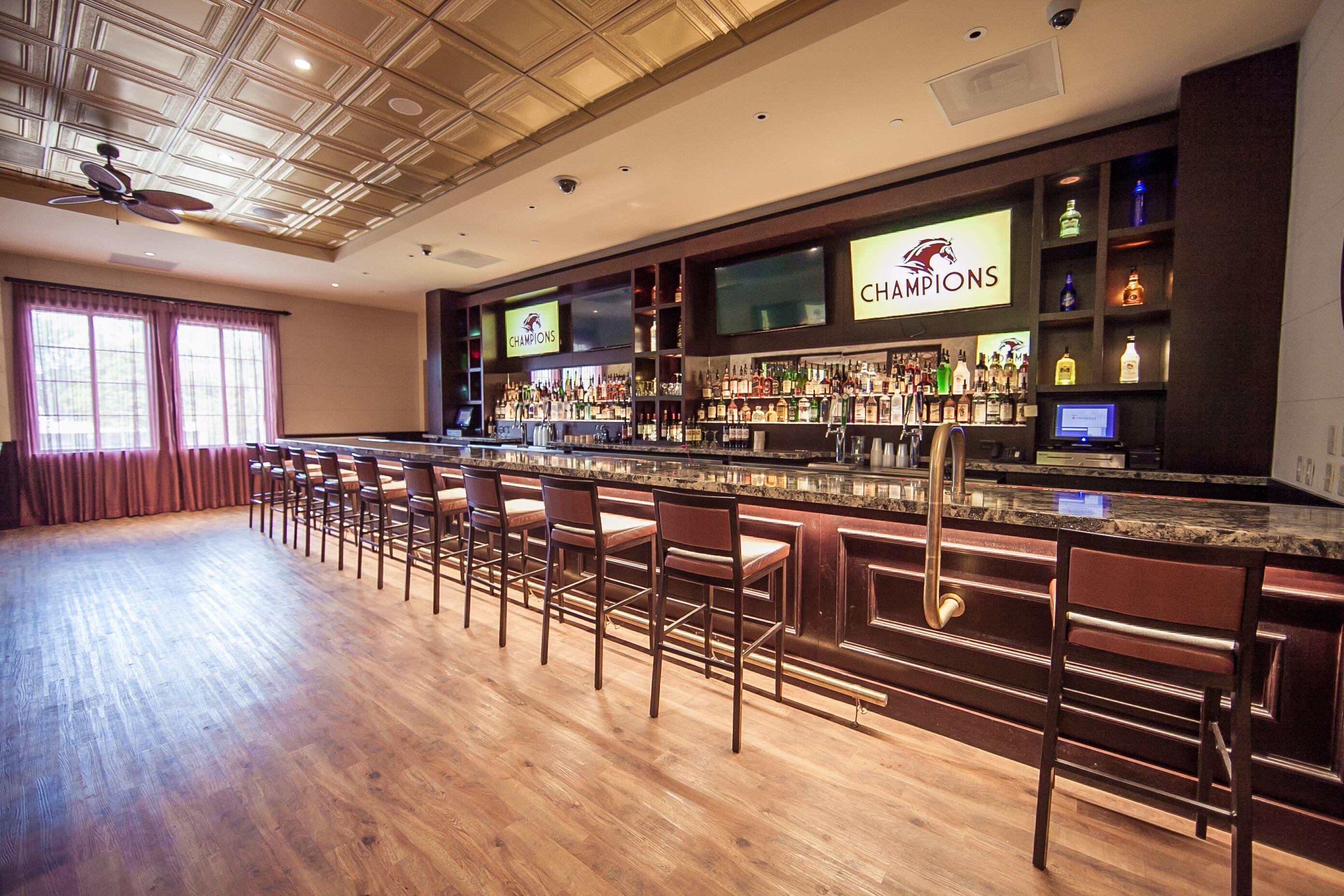 ABR: What level of participation have you had in the racing world, aside from you covering it on a professional level?

Visser: I tried owning a couple of horses. Coach Rick Pitino convinced me to throw in with him for a couple of horses by Blushing John. Alas, ours did not run in France where Blushing John’s offspring ran so well. In fact, one of ours was afraid of the gate and wouldn’t run when it opened. I finally called Rick and declared, “I could have had the same experience driving down the Jersey Turnpike and throwing my money out the window!” Somehow, we remain friends to this day.

ABR: Well, now you’re back, as part of Altitude International which has been named the presenting sponsor of Hialeah Park’s NHC Qualifier on Jan. 12. How excited are you about returning to Hialeah for the event?

Visser: We are thrilled to sponsor the National Horseplayers Championship qualifier at Hialeah on Jan. 12. I still keep in touch with all of my racing pals, from Saratoga to Del Mar, and they’ve either asked me about the event or have already signed up.

ABR: Tell us about Altitude International, some of the work you’re doing and how it ties into horse racing.

Visser: My husband, Bob Kanuth, a former captain of the Harvard basketball team and a business whiz, established a company called Altitude International. It’s a cutting-edge training system for all athletes — human and equine. The theory behind the company can be understood by posing a few basic questions: Why is our Olympic training facility at a mile high in Colorado Springs, Colo.? Why do runners from Kenya who train at high altitude always win marathons? It’s because the science is undeniable.

Training at altitude forces the body to make adaptations, from building new red blood cells to measurable gains in both endurance and VO2 max. In Great Britain, our founder and sports scientist Dave Vincent worked with British Olympic and Premier League teams for more than a decade. We created an independent company, Altitude International, here in the United States. 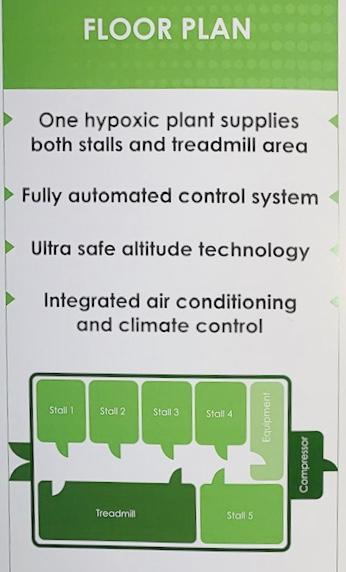 Studies have shown that horses who sleep in altitude chambers benefit greatly. Horses who work on a treadmill in an altitude chamber have an even greater benefit. The training increases their time to exhaustion, which helps reduce fading (or slowing down) in the stretch. Altitude chambers can be built to any size or specification — from an entire barn area to one or two stalls. Hypoxic training (in a reduced oxygen environment) benefits all aspects of training. Take a look at our website, altitude-international.com.

ABR: In closing, would you share some of the highlights of your career and where racing ranks for you?

Visser: In four decades, I’ve had the privilege of covering everything from 37 Super Bowls and 36 Final Fours, to the Olympics, to the World Series, the NBA Finals, and Wimbledon. I’ve done stories behind the Iron Curtain; I also did the last interview with the great Pat Summitt at Tennessee, and the first interview with Yao Ming while he was still in high school in Shanghai. I went to Ground Zero in the days after 9/11 with the New York Jets and Giants to hand out food. I covered the fall of the Berlin Wall. I believe I know emotion and authenticity when I see it, and racing delivers all of the human drama and excitement that any sport could offer.

Racing has given me so many glorious memories. Working at ABC with Jim McKay, Al Michaels and Dave Johnson (“Down the stretch they come!”), along with Charlsie Cantey, Jack Whitaker, and Hank Goldberg, was the ultimate TV family. Jim McKay, who of course covered everything, put it best when he said, “There is no greater moment in sports than the brown of the track, the blue of the sky, the horses coming through the tunnel and the University of Louisville band playing ‘My Old Kentucky Home’.”